This week marks another important moment in the growing global impact investing movement, and an important reminder of the critical role that government policy can play in catalyzing social progress.

In response to a 2013 call from G8 leaders for nations to designate Task Forces that would work together to identify policy recommendations to accelerate the growth of impact investing, the U.S. National Advisory Board (NAB) on Impact Investing was formed. This incredible group of cross-sector changemakers, including our own CEO Jean Case, presented its recommendations in the summer of 2014 at the White House in the form of a report—Private Capital, Public Good. The report zeroed in on a number of key policy changes that held the potential to significantly increase the amount of capital available for socially responsible business. And over the past two years, in strong partnership between the private sector, philanthropy, civic leaders and government, those recommendations are being adopted through policy change.

This week, the Treasury Department and IRS finalized highly anticipated PRI regulations. This new guidance removes some of the uncertainty about impact investing among foundations by confirming new examples of the types of investments that qualify as PRIs. These examples were recommended in 2012 to modernize the list created more than 40 years ago, and identify foundations using PRIs to further their mission through:

This new guidance is very welcome news. Historically, limited PRI examples left many foundations that wanted to take advantage of PRIs to support their charitable efforts on the sidelines. They questioned what was “allowable,” given their unique tax status and the changing landscape of investment seeking social enterprises and revenue generating nonprofits. At a time when our communities are in great need and traditional resources are being stretched thin—we need the power of all sectors working together, and PRIs provide foundations with a powerful tool to make that happen.

We Know These Kinds of Policy Changes Can Matter

We’re encouraged by the recent steps taken by the federal government, knowing that their actions can, and have, greatly influenced market activity. If we think back to 1979, the U.S. government issued highly impactful guidance on the prudent management of pension funds—stating that investments in venture capital funds could be consistent with ERISA guidelines. Directly following this guidance, venture investment in the U.S. jumped from just over $450 million in 1979 to a peak of $5 billion by 1987, effectively catapulting venture investments into the mainstream.

Taken together, the MRI, PRI and ERISA policy changes remove obstacles (or excuses) that have stood between good intentions to seek out impact investments and action. Even a relatively small percentage increase in pension fund impact investments would add up to billions in new capital—funds governed by ERISA manage roughly half of the $18 trillion in US pension assets. And on the PRI front, a Center for Effective Philanthropy report points to the great potential to scale impact investing—of the 64 foundation CEOs surveyed, only 41 percent said their foundations are making impact investments. Of those who are, they are deploying a median of only two percent of their endowments and 0.5 percent of their grants to PRIs.

At the Case Foundation, we believe we’re on the verge of seeing impact investing gain traction like never before. The impact investing road has been further paved by this latest policy change—let’s make that road paved more with robust actions than good intentions!

Stephanie Cordes shares how she and the Cordes Foundation are working to make the fashion world more ethical and sustainable. 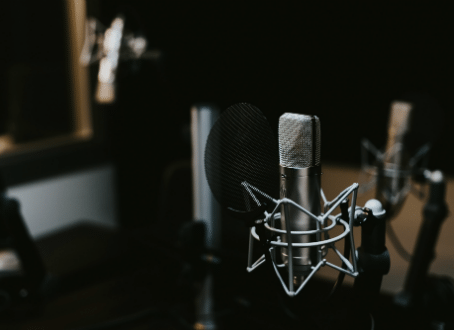 These podcasts offer a glimpse into Impact Investing by showcasing conversations with professionals and leaders in the field.