Throughout our 20th year, we will be focusing not only on those heeding our call to the “Get In The Arena” in 2017, but also on how important we have found this principle in all the work the Case Foundation has led throughout its history. And no initiative is more emblematic of this than our work to close the digital divide.

But to bring this lesson to life, we have to go back more than 20 years…

It was the 1990’s. Late one afternoon I sat in my office at America Online and waited while my assistant transferred the call. It was another teacher on the line and I knew why she was calling. I had been receiving a growing number of calls and letters from parents and teachers around the country who mostly shared the same tale: they were deeply concerned about the growing digital divide among neighborhoods and classrooms that left some children advantaged, while others were being left behind. Teachers would point out that some kids in class were using the Internet extensively to prepare papers or augment their classroom learning, often turning in professional-looking reports and homework that had been crafted with best-in-class technology in their homes, while others students were still struggling with the literal “old school” preparation—handwriting, limited resource material to reference, no fancy charts or pictures for their reports. “It’s not fair,” the teacher would plead. “Can’t AOL do something to help these students and families that don’t have access?”

The world has changed a lot since then and, even if you are old enough to remember that period, it is hard to remember what life was like in the 1990’s as the Internet began to explode on the scene. We had introduced America Online to world in late 1989 and then in 1992, it became legal to connect to the Internet—then better known as the World Wide Web—which had previously been accessible only to those in government or academia. We had seen firsthand the divide this teacher was so concerned about and we shared that concern. We set out to engage in a number of initiatives at AOL, including “Net Day” in 1995, designed to wire our nation’s schools to expand access.

But it wasn’t until after I left AOL and co-founded The Case Foundation with my husband, Steve Case, that we finally arrived at what we believed was a big idea—to break down the barriers to access by bringing internet access to key underserved communities. Not surprisingly, one of the Case Foundation’s first major initiatives was PowerUp, an alliance formed alongside many in the tech industry to create and equip 1000 after school technology centers in low income urban neighborhoods, rural communities and even Indian Reservations. The effort really targeted those we knew had been left out of the tech boom. The Case Foundation provided an initial grant of $10 million to establish PowerUp with half of the grant covering all staff and administrative costs for the program and the other $5 million in the form of direct grants to the community and school based organizations that were the key to the effort’s success. In the end, PowerUp—working not only with the Case Foundation but also with AOL, Cisco Systems, HP, the Waitt Family Foundation and partners like the Boys & Girls Clubs, YMCA, National Urban League and America’s Promise—equipped 957 technology centers covering all 50 states. The collaboration among these many different groups ensured that PowerUp was able to pull the right tools together to meet the unique needs of each community and that each partner—from the community organization to the tech giant—played to their strengths.

And the effort touched millions of lives. 75 percent of the students involved did not have a computer at home, 82 percent of the children who participated were youth-of-color. In the end, this collaborative helped break down the barriers of access and created safe learning spaces where many of the centers reported the children were not only succeeding, but were also bringing their parents in so they could also learn the computer skills they needed to compete and succeed.

This work, along with the work of many others, helped close the digital divide. Almost nine-in-ten American adults now use the internet, with near-saturation usage among those living in households earning $75,000 or more (98 percent), young adults ages 18-29 (99 percent), and those with college degrees (98 percent).

Our work at PowerUp showed we could make a real impact. And we are very proud of the extraordinary inroads that have been made since we kicked off this effort in 1999 as it shows the power of what citizens, institutions and companies can do when they make a big bet, use entrepreneurial approaches and collaborate together to achieve a goal.

While we made great progress, we never forget that the picture is not perfect as disparities remain. Today, internet usage in rural communities lags significantly behind suburban and urban communities (81 percent compared to 90 percent and 89 percent, respectively) and elderly and lower income citizens have less access to the internet than others—with only 64 percent of those over 65 and 79 percent of those earning less than $30,000 a year using the internet according research conducted in 2016 by the Pew Research Center.  And internet speeds in over 25 percent of the country lag so drastically that multiple students in these mostly rural communities cannot be online at the same time in some classrooms and people congregate outside libraries and stores that have high speed connections in scenes similar to what one sees in Cuba.

But today’s more significant divide can be seen in developing countries.  Just last year, the International Telecommunications Union (ITU), estimated that 53 percent of the world’s population—3.9 billion people—were not using the Internet, with almost 75 percent of the people of Africa not online. The ITU’s 2016 report goes on to state: “In Asia and the Pacific and the Arab States, the percentage of the population that is not using the Internet is very similar: 58.1 and 58.4 percent, respectively.” In our ever more interconnected world, these statistics show over half the world’s population is unable to take advantage of the information and opportunities we consider commonplace.

And, while this data is concerning, I am heartened by all the new players who are now applying many of the strategies we deployed in the United States to close the digital divide in the developing world. As I mentioned in my examination of the importance of the entrepreneurial spirit, the role the private sector is playing to increase accessibility in frontier markets is impressive.

A great example of this can be seen in the work that Vint Cerf described at SXSW earlier this month. Cerf played a key role in developing the early internet while at the Department of Defense, but he is now the chief internet evangelist at Google and co-founder of the People Centered Internet. He uses his leadership role to engage corporations and public entities to collaborate more effectively to bring connectivity to more people. For example, Cerf is pushing the World Bank to make Internet development a key part of their global infrastructure development efforts. This would not only increase investment in internet infrastructure in underserved regions, but also ensure that when a World Bank funded infrastructure or agriculture project is built, fiber optic cabling and internet accessibility are incorporated in the plan. When combined with his role at Google, where they are experimenting with innovative ways to deliver connectivity such as floating specialized balloons at 60,000 feet to deliver wireless Internet in areas where infrastructure development is less feasible, Cerf has turned from being an inventor of the World Wide Web to a convener of multiple companies, institutions and technologies to expand access to those who have been overlooked.

And there are examples all over the world of unlikely pairings coming together to bridge the digital divide, from non-profits, the government and companies like Cisco working together in Mexico, to the Indian government’s commitment to increase mobile usage nationwide to the work being done in multiple countries across the continent of Africa. Also just as exciting are new innovators that are using new models to overcome traditional barriers, like Jana, a mobile advertising company that provides free Internet access and apps in return for viewers watching advertisements. They now have over 1,000 apps and serve millions of users in Africa, Southeast Asia and Latin America.

We have come a long way in the last 20 years. And the lessons we learned in shrinking the digital divide in the United States can provide useful insights to those tackling these challenges in developing regions like Africa, Southeast Asia and Latin America. To move the needle, we will need a diverse group of actors to Get In The Arena and for industry, government, NGOs, Philanthropy and citizens to collaborate in ways that may initially make some uncomfortable. We have already seen signs that this is happening and will continue to call for even more players to #GetInTheArena and help play a role in addressing the final frontiers of the digital divide. 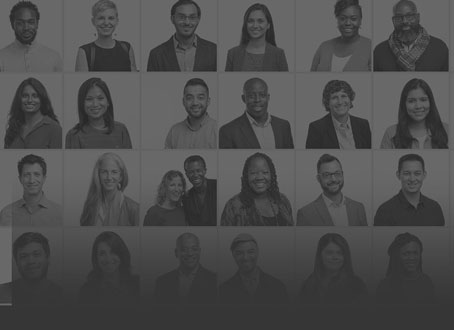